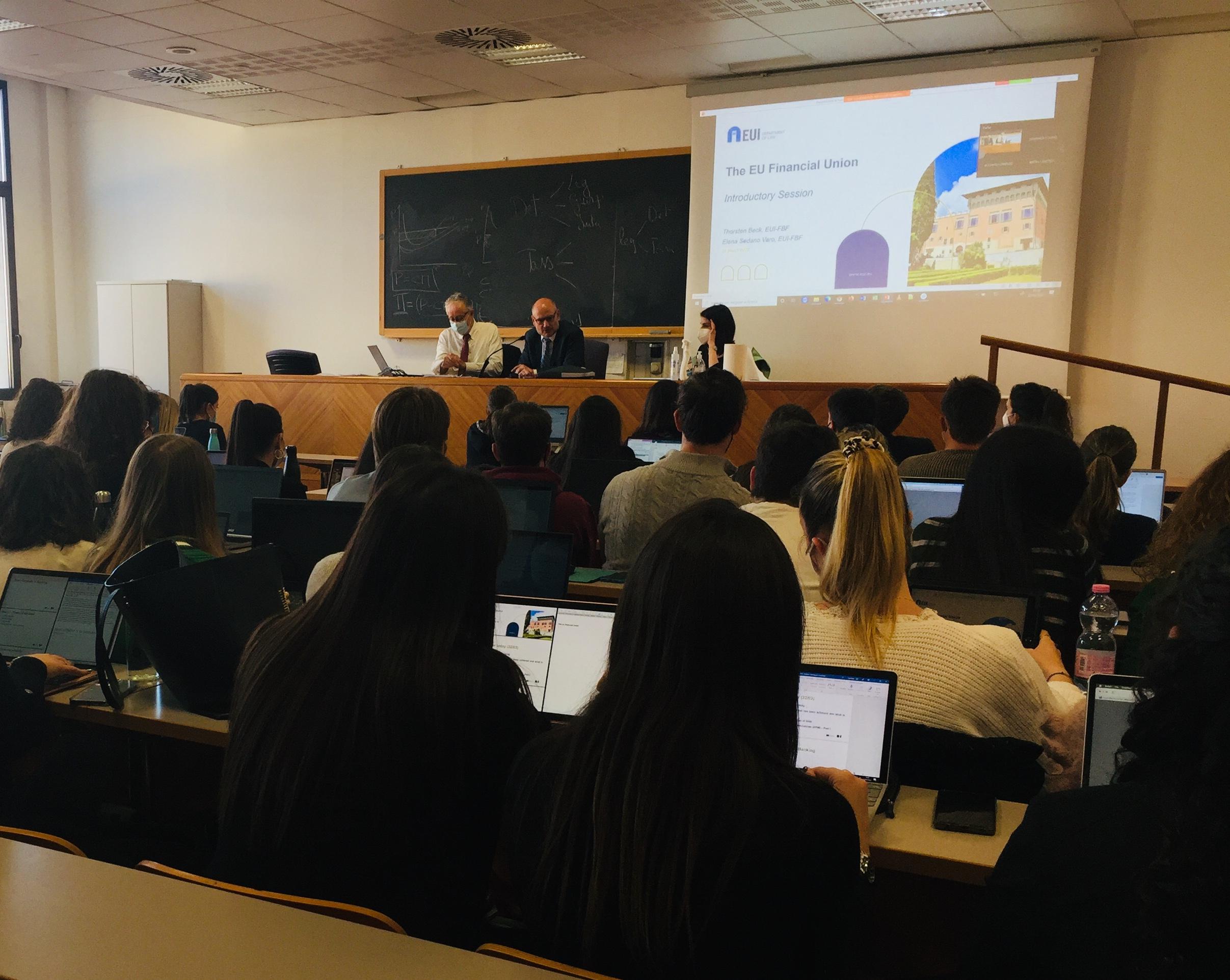 During the last weeks of March 2022, the Scientific team of the Florence School of Banking and Finance held a series of lectures on ‘the EU Financial Union’ in the framework of a collaboration with the University of Florence.

The lectures have been designed for the bachelor students of the course of Commercial Law held by Prof. Lorenzo Stanghellini, and focused on the following topics:

Our Director Thorsten Beck opened the first session explaining the origin and scope of the banking union, the challenges after the Great Financial Crisis in 2008 and the following establishment of the Single Resolution Mechanism.

During the second module, our Research Associates Maria Ana Barata and Elena Sedano Varo followed up on the institutional set up within the Single Resolution Mechanism and the cases of Veneto Banks and Banco Popular, the European Deposit Insurance and the fiscal underpinning of the new EU Banking Union architecture.

During the third meeting, our Deputy Director Pierre Schlosser together with Maria del Carmen Sandoval gave a lecture on the historical and political economy developments of a wider European monetary and fiscal integration and the main features of the Capital Markets Union project in the EU.

Finally, in the fourth and last session Nikita Divissenko, explained the concept of money laundering, the regulatory and supervisory framework in the EU to fight this process and the relation between the anti-money laundering and the cryptoassets.

“A great audience, makes a great course – and at UniFi we found a group of very engaged bachelor students. Co-teaching with my FBF colleagues very complex concepts of financial regulation, banking supervision and resolution to law students has been an extremely insightful experience, as we learnt a lot from their questions and comments!” 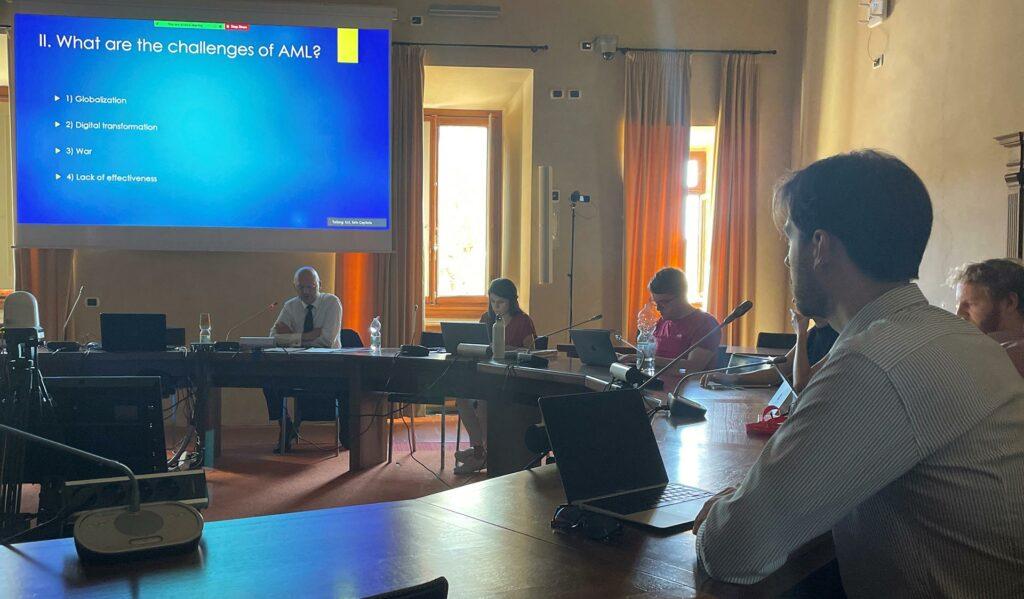 On 20th September, the School in collaboration with the Max Weber Programme, organised a seminar on “Tackling Money Laundering globally and in the EU” in the framework of the Financial in Tuscan Hills research...