The European University Institute (EUI) is a unique international centre for doctorate and post-doctorate studies and research, situated in the Tuscan hills overlooking Florence. Since its founding in 1972 by the six original members of the then European Communities, the EUI has earned a reputation as a leading international academic institution with a European focus. The four departments – Economics, History and Civilization, Law, and Political and Social Sciences – host scholars from more than 60 countries, studying for the Institution’s doctorate or the one-year master in law.

Furthermore, the Robert Schuman Centre for Advanced Studies (RSCAS) focuses on inter-disciplinary, comparative and policy research on the major issues affecting European societies, while the Max Weber Programme for Post-doctoral Studies prepares fellows for a career in academia. The School of Transnational Governance, established in 2017, aims to deliver teaching and high level training on the concepts, methods and techniques of transnational governance. 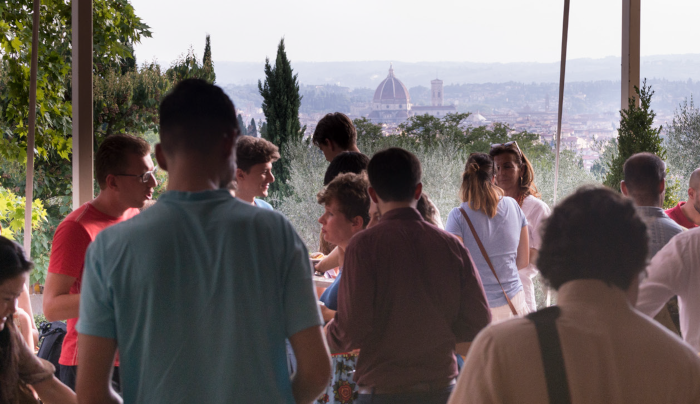 Villa Salviati is a masterpiece of Italian architecture. Built in the 15th century on the hills overlooking Florence, it was the home of the Salviati family, wealthy wool merchants and bankers, who were closely connected to the Medici that held great power and influence in the city. In parallel with the growth of their familiy fortune, the Villa was continuously expanded during the following centuries: additions include a grotto, made up of frescoes and elaborate stonework that hark back to an era of affluence, monumental stables, and a formal Italian Reinassance garden. The Villa’s main body is surrounded by a 10-hectares park, with spectacular views on Florence’s main landmarks.

Villa Salviati is now an integral part of the EUI campus. It houses the Department of Law, the Department of History and the Academy of European Law. Furthermore, it is home to the Historical Archives of the European Union, which preserve and make accessible for research the archives deposited by EU institutions, as well as private individuals, movements and international organizations involved in the European integration process.