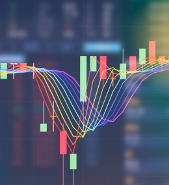 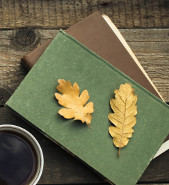 Accurately assessing the sustainability of debt trajectories is crucial to map sovereign vulnerabilities, to ensure financial stability and to reduce decision-makers’ uncertainty. This is valid in normal times – as part of fiscal surveillance exercises that can lead to possible early warning signals – but becomes even more relevant in crisis times – as part of the assessment that precedes the provision of financial support (such as via the Outright Monetary Transactions programme for example). Debt Sustainability Analysis (DSA) is thus subject to the classic mix of rules and discretion.

In this online seminar, held in cooperation with CEPS, Cinzia Alcidi (Senior Research Fellow and Head of Economic Policy Unit) and Daniel Gros (Director) will guide us through what constitutes state-of-the-art DSA. For this, they will elaborate on the approaches of both the International Monetary Fund and of the European Commission which they find to be complementary rather than alternative in nature. Alcidi and Gros’ presentation will include a deep-dive into two recent illustrative cases: Greece and Italy and will provide recommendations on the way forward.

Cinzia Alcidi is Head of the Economic Policy Unit at the Centre for European Policy Studies (CEPS) in Brussels and LUISS- School of European Political Economy- research fellow. Prior to joining CEPS, she worked at International Labour Office in Geneva and she taught International Economics at University of Perugia (Italy). Her research activity includes international economics, macroeconomics, central banking and EU governance. Since 2015 she is the coordinator of CEPS Academy Activities. She has experience in coordinating research projects and networks. She has published extensively on the economics and governance of the Euro area crisis and participates regularly in international conferences. She holds a Ph.D. degree in International Economics from the Graduate Institute of International and Development Studies, Geneva (Switzerland).

This online seminar will focus on the tension between liquidity and resolution. By definition, once a resolution scheme is adopted, a recapitalised bank that has absorbed losses will be solvent and should have better access to funding. However, liquidity stress is expected at the point of resolution. Given that analysts and creditors will likely require time to re-assess the financial position of the resolved bank, the return to market funding will be a slightly longer process.

Resolution authorities have a key role to play to restore market confidence and access to private market funding in case of resolution. Enhancing banks capabilities to restore liquidity at the point of resolution represents a crucial task in resolution planning activities. In some cases, a temporary public funding may be necessary when an immediate return to the market is not fully possible. In that regard, the central banks and the Single Resolution Fund would be instrumental for the success of a resolution action.

Dominique Laboureix (Director of Resolution Planning and Decisions and Member, Single Resolution Board)

Dominique Laboureix as Member of the Board is more particularly in charge of resolution planning and preparations of decisions about banking groups coming from 6 Member States of the Banking Union and 3 GSIBs. He is involved in several policy issues and chairs the Resolution Committee of the European Banking Authority. Before 2015, he was Deputy Director General in charge of the Directorate of Resolution within the ACPR (Autorité de contrôle prudentiel et de résolution, France) and was notably responsible for the French banking institutions’ resolution planning. He has also been involved in several international committees, in particular with the Financial Stability Board and the European Banking Authority. From 2011 to 2013, he was Director of the Finance and Management Control Directorate within the French Central Bank. Previously, between 2007 and 2011, he had been Director of the Research and Policy Directorate of the ACPR, benefiting from over 10 years’ experience of banking supervision with the Off-Site Directorate of the prudential authority. Mr Laboureix is a graduate of the Institut d’Études Politiques de Paris and has a masters in commercial law from Paris II University.

Mike Hesketh joined the Banking Team of the European Stability Mechanism in 2013 and is currently deputy mission chief for Greece and head of the Greek financial sector team. Prior to joining the Greek programme in early 2015, Mike worked on the Cypriot programme and on operationalisation of the ESM mandate for direct bank recapitalisation. Before the ESM, hespent over twenty years with the European Bank for Reconstruction and Development in different roles including portfolio and risk management, corporate recovery and financial institutions. Mike was on the board of a number of banks and focused on active management of distressed or problematic equity investments.

Stress testing – understood as a tool for assessing banks’ resilience to an extreme but plausible adverse scenario – is a crucial part of banking supervisors' toolbox.

Mario Quagliariello is the Director of the Economic Analysis and Statistics Department at the European Banking Authority. The Department is in charge of the analysis of risks in the EU banking sector and stress testing. The Department also holds responsibility for the statistical tasks carried out by the EBA and runs the impact assessments of regulatory measures. He previously served as Head of the Risk Analysis Unit at the EBA and as a Senior Economist at Banca d’Italia. Mario has published articles in international journals and edited the volume Stress Testing the Banking System: Methodologies and Applications, published by the Cambridge University Press. For Riskbooks, he co-edited the volume Basel III and Beyond and edited Europe’s New Supervisory Toolkit: Data, Benchmarking and Stress Testing for Banks and their Regulators. He holds a BA in economics with honours from the University “La Sapienza” in Rome and a Ph.D. in economics from the University of York.

Klaus Düllmann is Head of SSM Risk Analysis Division within Directorate General Micro-Prudential Supervision IV of the European Central Bank in Frankfurt. Until May 2014 he was Head of Supervisory Coordination and Risk Analysis Division and Head of Banking Supervision Research in the central office of the Deutsche Bundesbank in Frankfurt. Currently his main areas of work are related to horizontal risk assessments of SSM banks, in particular supervisory stress tests. He has a PhD in Finance from the University of Mannheim.