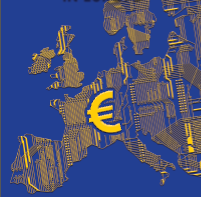 The annual conference of the Florence School of Banking and Finance, organised at the European University Institute (EUI), brings together leading economists, lawyers, political scientists and policy makers to discuss the current economic situation in Europe.

The financial world is undergoing a profound technological change. The advent of innovative technologies is unsettling the industry’s modus operandi which will soon enough disrupt the current practices of both supervisors and central banks. Big data, block-chain and the proliferation of distributed ledgers are only a few illustrations of a wider financial technology industry build-up – known as FinTech – which will revolutionise the global financial infrastructure.
As a result of this, the geography of finance is evolving at a rapid pace. In this new context of digital transformation and innovation, how should regulation respond? Is regulatory arbitrage and the reliance on more decentralised regulatory regimes a possible solution or is the top-down central model resilient enough to sustain these changes? Can regulators turn these new challenges into opportunities? 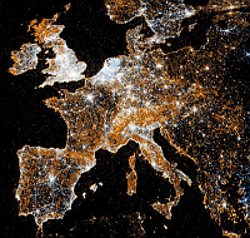 The International Risk Management Conference – 10th Edition of the Annual Meeting of The Risk, Banking and Finance Society takes place in Florence on June 12-14, 2017.

In the framework of the conference, the Florence School of Banking and Finance is organizing a professional workshop entitled “Financial Markets and Institutions“. This half-day workshop, taking place at the EUI premises in San Domenico di Fiesole on June 14th, will explore the increasingly intertwined nature of risk management and regulation.

The Call for Papers for the IRMC conference is now open.
To celebrate the 10th edition of the conference, RBF and Classis Capital SIM will offer a € 3000 cash prize for the Best Conference Paper. The winner will be selected by a World Review Committee and will be announced at the Gala dinner.

The conference welcomes all theoretical, methodological and empirical contributions relevant to the theme “Assessing 10 Years of Changes in the Financial Markets: How will the Future be impacted?”.
Full papers must be submitted by March 15, 2017. The accepted papers will be presented in parallel sessions. Complete information regarding the Call for Papers can be found on the IRMC website. 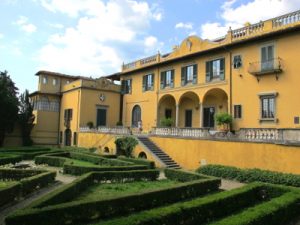 This interactive online seminar discussed the circumstances under which a credit institution is deemed to be ‘failing or likely to fail’. But what does it take for an institution to be deemed failing or likely to fail? Who makes that assessment and how is it conducted? What are the possible courses of action for authorities? The seminar also recalled and further clarify that a resolution scheme is adopted by the Single Resolution Board (SRB) in relation to a credit institution when it assesses that three conditions for resolution are met cumulatively, namely: 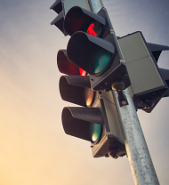 This seminar discusses the key challenges underlying the 'too big to fail problem' and the development of modern resolution techniques in the wake of the Great Financial Crisis. In particular, focusing on the development of 'bail-in' as a new and more general schematic to address this challenge, and compare it to alternative techniques.

The second half of the presentation analyses the different approaches taken in various countries, focusing on the USA and the EU. While there are many similarities, where have they diverged and why?

Watch the recording of the presentation:

Wilson Ervin is a Vice Chairman at Credit Suisse in the group executive office. He works on a variety of strategic projects, especially policy reforms related to bank capital and ending “too-big-to-fail”. He also chairs the Credit Suisse Americas Foundation, the Impact Investment Advisory Council, and the Partner Asset Facility. Prior to his current role, Mr. Ervin was the Chief Risk Officer of Credit Suisse, a member of the Executive Board, and chair of the Capital Allocation and Risk Management Committee. From 1990 to 1998, Mr. Ervin worked at Credit Suisse Financial Products, where he headed new product development. Before 1990, he held various roles in capital markets (both fixed income & equity), Australia investment banking, and the Mergers & Acquisitions group. Mr. Ervin recently received the Risk Magazine “Lifetime Achievement Award” for his efforts to end “too big to fail”. He currently serves on the board of Worldwide Orphans (WWO), City Harvest, and the Corporate Partnerships Committee of the Environmental Defense Fund. Mr Ervin received his A.B., summa cum laude, in economics from Princeton University. In early 2012 he wrote the seminal article on Bail-in published in the Economist and has been active on the topic since then.

Resolution planning is at the heart of Europe’s new banking resolution regime and is a central power of resolution authorities. Yet, how resolution plans are prepared, discussed and implemented remains poorly understood, both in policy-making and in academic circles.

Against this background, this online seminar will provide a strategic overview of the essential and constitutive steps of the resolution planning process and will offer a solid understanding of new fundamental notions which are too often taken for granted such as for example the ‘preferred resolution strategy’, ‘critical functions’, ‘resolution tools’ and the ‘resolvability assessment’.

More specifically, the seminar will address the following questions: what are the steps the Single Resolution Board (SRB) takes in developing resolution plans? How are the critical functions identified? What are the key elements of the resolvability assessment?

Mauro Grande (Member of the Single Resolution Board)

Mauro Grande is a member of the Single Resolution Board (SRB) as Director of Strategy and Policy Coordination. He is in charge of resolution strategy and cooperation which cover a range of cross-cutting issues relating to the core resolution activities as well as the interplay with relevant stakeholders. In that capacity, he chairs the SRB Committee on Cooperation between the SRB and the NRAs. Previously, he was Adviser to the Executive Board of the European Central Bank (ECB) from 2012 until 2015. After obtaining a degree in economics, Mr Grande started his professional career in finance and banking. From 1983 to 1990, he worked for the Banca d’Italia and was seconded to the European Commission and then to the European Monetary Institute. He has worked for the ECB in the area of prudential supervision and financial stability as Head of Division, Director and then Director General, participating in international (Financial Stability Board, Basel Committee on Banking Supervision) and EU (Financial Services Committee, European Banking Authority) bodies.

Sophie Steins Bisschop is working for SRB Directorate A, responsible for resolution strategy and methodology. She is co-responsible for designing SRB Methodologies on Critical Functions and the Public Interest Assessment. In parallel, she has supported resolution units in drafting resolution plans. Prior to joining SRB, Sophie worked at De Nederlandsche Bank, both in supervision and financial stability. Sophie holds a bachelor’s degree in Economics and Master’s degrees in Finance and Journalism. 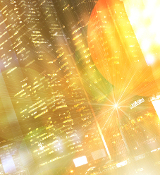